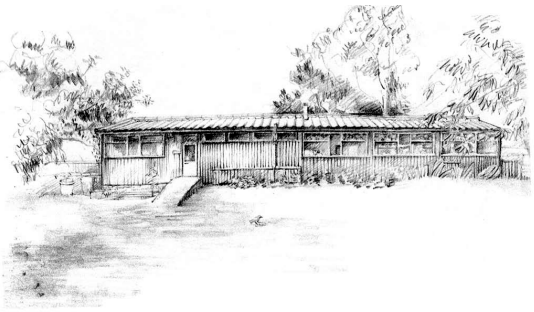 A short history of our origins and evolution

In the late 1960s, a group of people from Kidderminster and Stourport – all parents of young people with a range of severe disabilities – came together to provide day care, mutual support, and better life experiences for their children.

(At that time parents had to make an agonising choice between either providing total care themselves or giving up their children to institutional care. It wasn’t until after the 1971 Education Act that school placement gradually became available for the most severely disabled children. In the same year Attendance Allowance – which later became Disability Living Allowance, or DLA – was introduced.)

The parents named their new group The Hansel & Gretel Playgroup. They set up home in an old wooden-framed hut, provided for a peppercorn rent by the County Council, on the site of a former primary school on the corner of Radford Avenue and Birmingham Road in Kidderminster.

The voluntary playgroup flourished, and soon offered places to a larger number of young children with a variety of disabilities or social needs from across what is now called the Wyre Forest district, who received Health and other services in Kidderminster.

These children were joined by a wider cohort of pre-school children (no nursery provision was available then). Children who did have school places would join in during the school holidays.

The original core group of parents would meet regularly at each other’s homes for committee & coffee mornings, and worked together to provide mutual support and to lobby for better services.

The playgroup soon set up links with local professional play and therapy services, so that it became a base for developmental therapy for these children to supplement their programmes of care at home.

During the late 70s , as school places began to be provided for all disabled children of school-age, it became difficult for the voluntary group to cope without more professional and financial support from Health and Social Services. A major national report on Child Health Services in 1976 (the Court Report) recommended the setting up of ‘Family Support Units’ by local authorities and health services.

In response to this, a unique partnership was set up between the Hansel & Gretel Playgroup (by then a registered charity), the County Council’s Social Services department and the local Child Health Service to establish the Hansel & Gretel Family Support Unit (commonly known as the FSU).

The Hansel & Gretel FSU opened its new service in 1981. The same site and building was used, but the staffing and other revenue was provided on an equal basis between Health and Social Services. The voluntary group changed its name to Hansel & Gretel Support Group (H&GSG).  It kept an equal role in management of the FSU (for example, policy and development, appointment of staff ) with funding of various‘ extras’, such as play equipment, furnishing of the Parents Room, setting up a Resource Room, and Unit outings and parties.

The FSU was a success and won a national award for ‘Partnership with Parents’. The need for a replacement to the wooden hut became pressing, and rebuilding took place in 1988-89, with funding from all three partners. The largest share of funding and ownership of the new building came from H&GSG itself, which raised well over 40% of the costs through a intensive and efficient fund-raising campaign – targeting a wide range of local people, businesses and other bodies.

Many contributions came in kind through local building trades. The new building was opened in November 1989, to include office accommodation for the Barnado’s ‘Break Away’ fostering & respite care scheme. Barnado’s later moved to larger premises, so H&GSG bought out its share of the building, giving the Group a more than 50% interest in its ownership.

During the 1990s, the FSU became more and more a centre for initial placement, treatment and assessment for young children with a wide range of developmental disorders, reinforced by accommodating the Child Development Unit (CDU) from Lea Castle hospital into the space vacated by Barnado’s.

Changing approaches to Local Authority children’s services led to the FSU gradually limiting its service (including its holiday play schemes) to younger children (under 8s, and later under 5s). This brought less continuity and long-term relevance throughout childhood of the Unit’s service to families. Changes in management structure and style in statutory services also made it more difficult for the Group to play its full role in the co-management of the Unit.

The welcome expansion of nursery education for children with Special Educational Needs (SEN) in the 1990s also resulted in children often spending less time at the Unit even in the ‘pre-school’ period. All these factors in turn made it more difficult to recruit parents to become involved in the work of the Group, or to join its committee of trustees.

Plans to merge the FSU & CDU into a single new Child Development Centre (CDC) were already well in hand, and the Unit was re-established as a CDC in 2003.

These service changes were in proper response to national trends and to the development of other related local services (for example the much wider availability of nursery class places for children with SEN in mainstream and special schools).

However, it became clear that the original aims of the H&GSG charity could no longer be met through a Unit (soon to become a Child Development Centre) which now served mainly young pre-school children for relatively short periods. The survival of the Charity (other than as a kind of PTA) came into doubt.

During 2005-6 the H&G trustees undertook a major re-evaluation of the Group’s role and viability. Winding up the charity was one option, the other being to see if we could rediscover our ‘roots’ and try once more to become useful to a much wider range of families with children with disabilities and special needs of all ages and in all settings (including mainstream schools and nurseries) in the Wyre Forest area.

Eventually we were able to negotiate the sale of our interest in the building (now Wyre Forest CDC) to the local Children’s services, and to use the money raised as a secure base for redeveloping and redirecting our work.

We drew up a new Constitution, and formed a small, enthusiastic and committed body of trustees, most of whom are themselves parents from our target families. We consulted with the Charity Commission throughout, gaining full approval from them for our set-up.

We are helped and supported by a wonderful selection of volunteer helpers, who use their skills and creativity to bring life and soul to the Group.

– Our Saturday Family Club. This is usually held from 10am to noon on the 2nd Saturday of each month at Youth House, Bromsgrove Street, Kidderminster.

Saturday Club is open to all families in the Wyre Forest area with a child with a disability or ‘special needs’ and to their siblings. Children attend with their parents/carers. The Club started in November 1996 and has been a huge success. On average the Club is used by 30+ families, most of whom come regularly; so including parents/carers, siblings and volunteers we often have 50-60 people at the Club.

Saturday Club goes from strength to strength, in the heart of the town and within site of our original home in Radford Avenue.

– Monthly ‘coffee morning’ meetings. Currently held at Café Nero in Kidderminster. These provide an informal opportunity for parents and others to meet and chat.

– Visits to the ‘Snoezelen’ in Worcester and/or Franche Community School swimming pool during school holidays.

– Informal contacts with and between families.

Membership of the Hansel and Gretel Support Group is free. We will develop and expand our activities and links in response to the wishes of our members as far as our resources allow. All the work of the Group is on a voluntary basis through our trustees, volunteer helpers and other members.

Small local charities like ours depend entirely on the goodwill and hard work of parents and other volunteers, most of whom already have their own family and job commitments. We owe a great debt to past committee members who have kept to Group alive, often through hard times. There is much still to do, but we feel we have truly got back to our ‘roots’ !